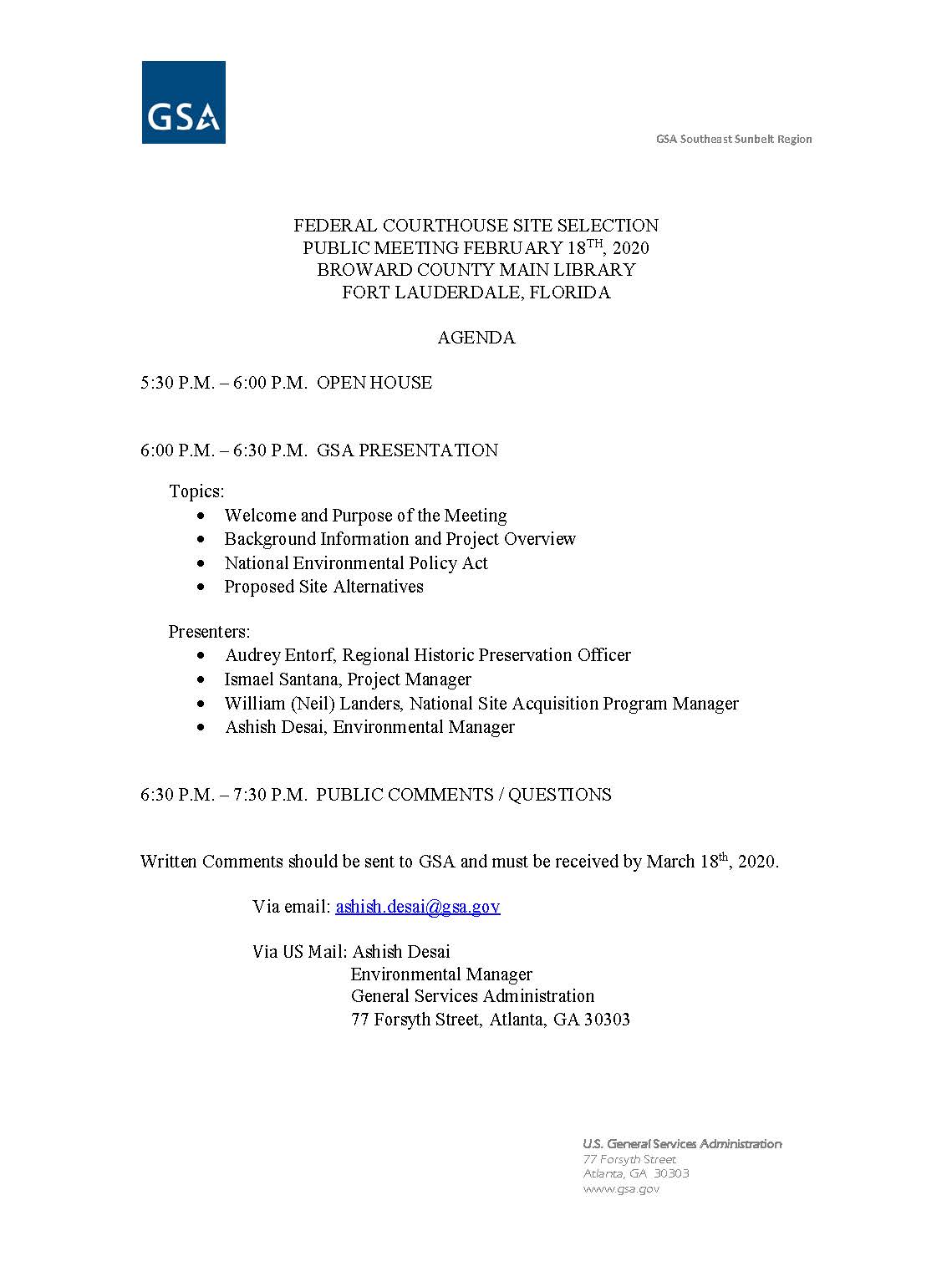 February 21, 2020 – The City of Fort Lauderdale is working with David Mancini & Sons to replace approximately 2,500 feet of sewer main in Rio Vista. Beginning Wednesday, February 26, the following road closures will be in effect: 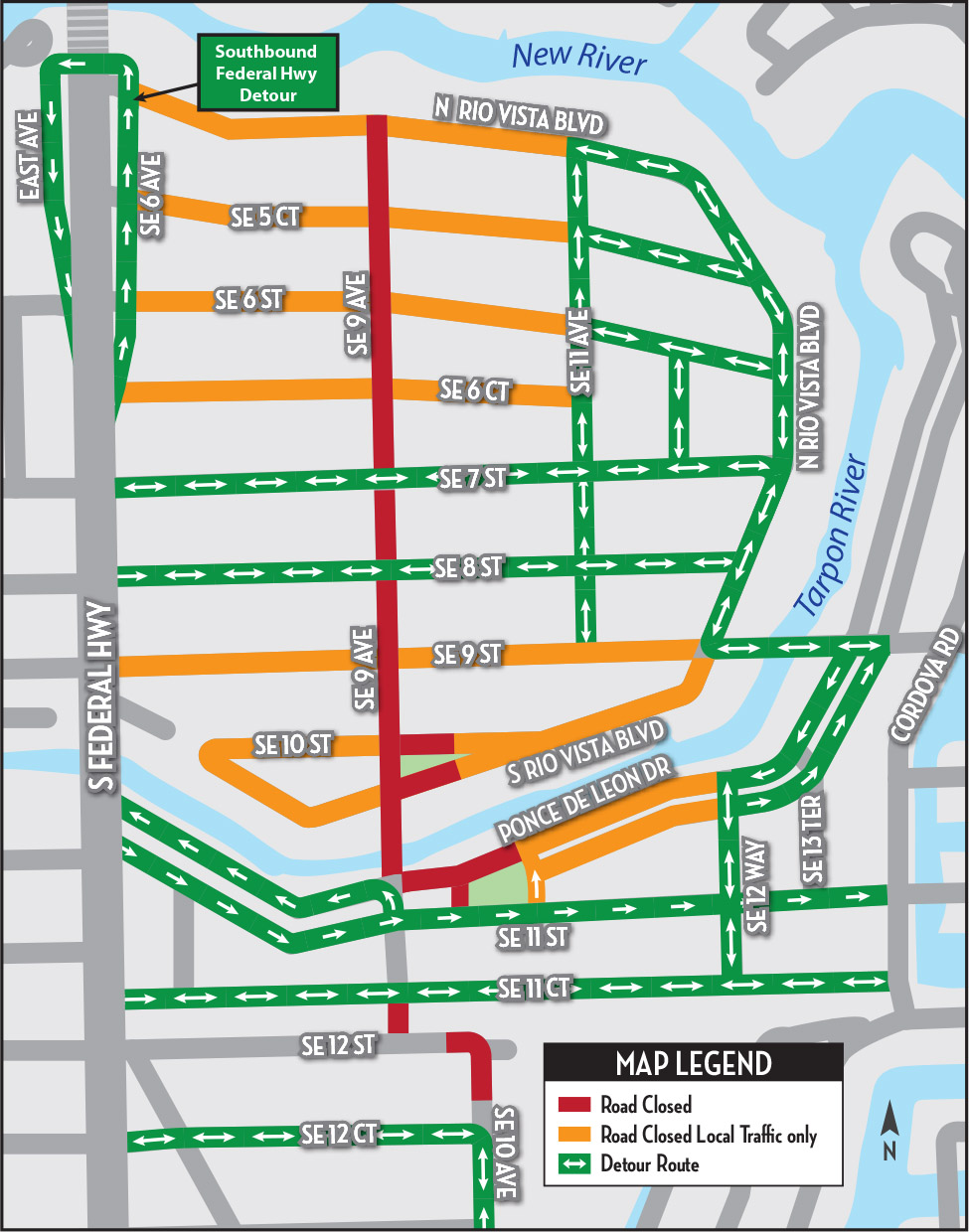 The following memo was sent by the RVCA's counsel to Commissioner Sorensen.

As you may recall, I am a member of the Fire-Rescue Facilities Bond Issue Blue Ribbon Committee. The Committee met this evening at City Hall, and received certain information concerning the status of the construction of fire station number eight which is extremely distressing. Since I will be reporting on this information at the Rio Vista Civic Association annual meeting on Monday night which you will also be attending, I wanted to provide this to you in advance so that you will have a "heads up".  The comments contained in this communication are mine, and they are not the opinion of the Committee, although I suspect that most of the Committee members share my view.

I am attaching a copy of the Memorandum which was provided to the Committee members dated January 16, 2020 by the City staff. As with historical protocol, an individual from the City's public works staff reads the report out loud. Following his reading of the report, the members of the Committee are allowed to raise questions.

During the interrogation of the City staff personnel attending the meeting we learned a number of distressing things which include the following: 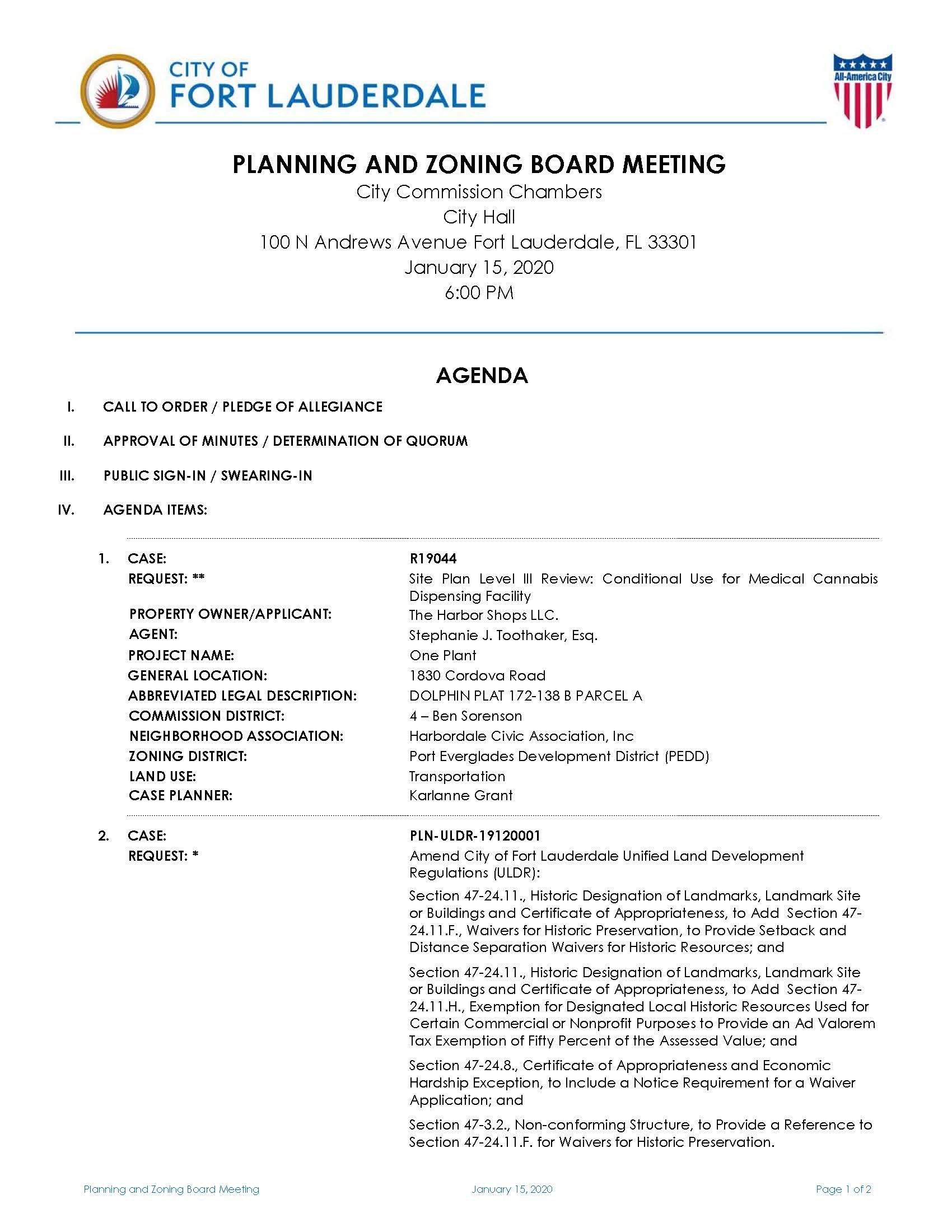 The following is a response from Broward County to our President regarding the County's response to the sewage spills in Fort Lauderdale:

I will notify Commissioner Ryan of your request. Please keep in mind that the County has no direct involvement with the City of Fort Lauderdale’s water and wastewater infrastructure. And my understanding is as of now the city hasn’t requested any help from the County, be it supplies or people. The only role the County plays is one of oversight, delegated to the County from the state. Specifically, it is our Environmental Protection and Growth Management Division that takes the lead on oversight. Please see below for an update that they sent to me. Feel free to share this with your members. The FDEP referenced is the Florida Department of Environmental Protection.

The City of Fort Lauderdale (City) is under a September 2017 Consent Order from the Florida Department of Environmental Protection (FDEP) as a results of the numerous sewer spills in prior years. The 2017 Consent Order was done in collaboration with our agency, and it establishes the regulatory framework for handling current and future sewer spills in the City, including appropriate fine schedules based on specific volumes of sewage discharges. Pursuant to our Specific Operating Agreement (Delegation Agreement) with FDEP, the day following the first sewer break (12/10/2019) we reached out to the FDEP and they confirmed that they would be taking the lead on the compliance and enforcement.

StartPrev3456789101112NextEnd
Do you have news, notices or event information that ALL of Rio Vista should know about?
E-mail it to us at This email address is being protected from spambots. You need JavaScript enabled to view it.. We'll get it out there!